Aleister Crowley [formerly Edward Alexander] (1875–1947), author and occultist, was born on 12 October 1875 at 30 Clarendon Square, Leamington Spa, Warwickshire, the elder child of Emily Bertha (née Bishop) and Edward Crowley (d. 1887). A daughter died in infancy. Edward Crowley’s family had owned Crowley’s Ales, and he retired on his inheritance; his wife was from a family in Somerset and Devon. The elder Crowley was an evangelist for a fundamentalist Christian sect, the Plymouth Brethren, which his wife also joined. Their son was spoiled by material comfort and a belief in his spiritual superiority. His mother called him the Great Beast, the unholy monster of the Apocalypse (Therion, 666). At his father’s death, the boy became truly hostile to Christianity, for he was then transferred to the care of his uncle, Tom Bond Bishop, who was publicly philanthropic but surreptitiously cruel. Crowley briefly attended Malvern College, in 1891–2, and Tonbridge School, in 1892, both of which he found uncongenial.

At the age of twenty Crowley went up to Trinity College, Cambridge, to study for the natural sciences tripos, and in his leisure time excelled at chess and at mountaineering. In October 1897 a fevered vision convinced him that all human endeavours are ephemeral, with one exception—the magical tradition. He dedicated himself to esoteric studies and sought initiation by genuine magi. Poetry greatly attracted him, and it was probably Shelley’s ‘Alastor, or, The Spirit of Solitude’ that inspired Crowley to call himself Aleister, a deliberate repudiation of his given name. The spelling reflects a Gaelic form in keeping with the Celtic revival then popular. Crowley came into his inheritance, which he spent extravagantly. He issued deluxe volumes of his own poetry, beginning with Aceldama (1898), which sparked the admiration of Gerald Festus Kelly, also at Trinity but destined for knighthood and the presidency of the Royal Academy. In White Stains, Crowley exhibited homosexual sentiments. He was intimate with Herbert Charles Jerome Pollitt, a young stage performer who came to mistrust Crowley’s ‘spiritual’ ambition; they separated in 1898. Crowley left Cambridge without having earned a degree.

Crowley met members of the London temple of the Hermetic Order of the Golden Dawn, a quasi-secret society which had been founded in 1888 and claimed to transmit a species of ancient cabalism. Crowley joined in November 1898 and assumed the magical name of Perdurabo (I will endure). He soon impressed Samuel Liddell Mathers, one of the order’s founders, which disappointed another young initiate, William Butler Yeats, who judged Crowley to be insane. Mathers had revived obscure techniques for evoking one’s guardian angel. Crowley, eager to test these operations, secluded himself at Boleskine House, on the shore of Loch Ness, but was distracted by dissension in the Golden Dawn. Superior officials heard rumours of his sexual immorality and, defying Mathers, opposed Crowley’s advancement. As Mathers’s power declined, Crowley lost interest in the order.

For several years Crowley wandered restlessly. In Mexico in 1900 he was joined by Oscar Eckenstein, an older and more experienced mountain climber, and they explored the local terrain. Eckenstein instructed Crowley in concentration and visualization. Crowley also undertook magical evocations in the style of John Dee, the Elizabethan magus, and his scryer, Edward Kelley, and Crowley now felt that he was the incarnation of Kelley. He resolved to advance independently through the grades of magical attainment prescribed by the Golden Dawn and travelled in Asia and practised hatha yoga. In 1902 he and Eckenstein undertook the first attempt to scale Chogo Ri (K-2), the world’s second-highest peak. Crowley’s sporting inclinations also included big-game hunting.

In 1903 Crowley married Rose Edith Skerrett, the widowed sister of Gerald Kelly. In Cairo in April 1904 Rose entered involuntary trances and urged her husband to prepare for supernatural communications. Subsequent sessions produced Liber legis (‘Book of the law’), which was supposedly dictated to Crowley through the voice of a certain Aiwaz or Aiwass, perhaps the guardian angel whom Crowley had sought. The transmission was inexplicably signed by a pharaonic priest named Ankh-f-n-khonsu. (Crowley later decided that he himself was the reincarnation of this priest.) The document, while laden with enigmas, is clear in announcing the New Aeon: Christianity will yield to another spiritual movement. Crowley was charged with promoting its basic principle, the law of Thelema: ‘Do what thou wilt shall be the whole of the Law’. This pronouncement was purportedly relayed from an Egyptian goddess, Nuit. In fact, the injunction had already been given in the famous story by Rabelais (d. 1553), whose monstrous Gargantua founded the abbey of Thélème.

At Boleskine Rose gave birth to a daughter, but in May 1905 Crowley resumed his wanderings. He conducted a Himalayan expedition that proved disastrous for his colleagues, whom he preferred to vilify rather than to help or to mourn. He summoned his wife and daughter to India, then fled the country with them as authorities were inquiring into his fatal shooting of two assailants. He dragged his family across south China but dispatched them homeward, on account of his desire to locate a former mistress. When he returned to Britain, he learned that his daughter had been taken ill and died in Burma, a death he attributed to his wife’s negligence. Rose bore two more daughters but finally filed for divorce. Her charge of adultery was uncontested.

Crowley renewed his occult activities in 1909. He published Liber 777, which revealed the attributes of the tarot as interpreted in the Golden Dawn, and began recruiting for his own esoteric order, the Argenteum Astrum (Silver Star). This incorporated Golden Dawn rituals, some of which appeared in summary in Crowley’s new journal, The Equinox. Mathers charged Crowley with plagiarism and petitioned the courts to prevent further publication of his secret teachings, but Crowley prevailed. He and the Golden Dawn were widely parodied, even in the Occult Review, while his Argenteum Astrum continued in secret. One member, before he rose to fame as a military strategist, was Captain John Frederick Charles Fuller, who encouraged occult studies by Charles Stansfeld Jones and by Victor Neuburg, a young poet (later poetry editor of the Sunday Referee). Neuburg and Crowley combined their magical and homosexual pursuits, producing a form of sex magic. Neuburg was a dancer in Crowley’s theatrical production of The Rites of Eleusis, which received acclaim from critics. Crowley attracted the attention of Theodor Reuss, frater superior of the Ordo Templi Orientis (OTO), a German society that sometimes engaged in sex magic. Reuss visited Crowley and was sufficiently impressed to install him as chief of the English branch of the OTO.

During the First World War Crowley lived in America. His inheritance had long been exhausted—his travel funds probably came from the OTO. He practised sexual rituals involving a varied list of partners and in New York found employment in writing propaganda for pro-German periodicals. This deeply alienated his countrymen, who did not forgive him, even after the war.

In 1920 Crowley moved to Cefalù, in Sicily. There he rented a farmhouse, which he called the abbey of Thelema, and accepted disciples hopeful of advancing the New Aeon. The Sicilian project halted in 1923 when a young Englishman mysteriously died at the abbey. His widow accused Crowley of various crimes and sins, and the British periodical John Bull called him the ‘wickedest man in the world’. The Italian government expelled Crowley and his Thelemites, but Crowley continued to attract students. Theodor Reuss had resigned as head of the OTO and Crowley subsequently occupied the office. His associates in this period included Karl Germer, Gerald Yorke, and Israel Regardie, all of whom became influential in occult circles. In Berlin in 1929, Crowley married Maria Teresa Ferrari de Miramar, a Nicaraguan. They soon separated.

In England during the depression, Crowley gleaned money through litigation. He sued both a bookseller who erroneously advertised the suppression of Crowley’s novel, The Diary of a Drug Fiend, when in fact it had only gone out of print, and the publisher of Nina Hamnett’s Laughing Torso, in which she presumed that Crowley had fostered black magic at the abbey of Thelema. Former friends refused to testify in Crowley’s behalf. In the latter case, the judge was repelled by reports of Crowley’s erotic literature and rituals, and Crowley lost and incurred the court costs. He was penniless. A sympathetic woman offered to have his child, and he accepted. He is said to have fathered other illegitimate children, but far from nurturing his offspring, he imposed on his paramours for his own support.

One of the circle around Crowley in the 1930s was Greta Mary Valentine (1907–1998), the adopted daughter of James Henry Sequeira, dermatologist, and his wife, Nellie Adams. Educated in England and on the continent, Greta was studying anthroposophy when she met Crowley in 1936. Although she did not share his interest in drugs or magic, he was fascinated by her flirtations, and soon became her close friend and confidant, while both had other lovers. Crowley declared his love for her, and in 1938 followed her to Cornwall where she was on holiday with Lamorna Birch, the landscape painter. Birch introduced Greta to Ranald Valentine (d. 1956), who ran a company in Dundee making greetings cards and calendars. When he and Greta decided to marry, Crowley declared himself desolated, but the marriage endured until Ranald’s death.

A friend of Greta Valentine’s was Frieda Harris, the wife of Sir Percy Harris (Liberal MP for Bethnal Green). She was devoted to Crowley, who named her as an executor of his will. In 1942 she completed watercolours for use in publishing a pack of tarot cards conforming to Crowley’s concept. In his tarot, as elsewhere, he merged Western magic with exotic mysticism (such as gnosticism and tantric Buddhism) and with modern science (such as chemistry and Freudian psychology). He thereby extended the work of Éliphas Lévi, a notable French magus, who had died in 1875, the year of Crowley’s birth; Crowley claimed to be Lévi’s reincarnation. The Book of Thoth (1944) is Crowley’s commentary on his tarot. He did not acknowledge the fact that his tarot’s basic structure depended on Golden Dawn teachings.

In his waning years Crowley befriended John Symonds and acceded to the young writer’s request that Crowley supply notes for a biography. He designated Symonds and Kenneth Grant, the youngest of his last students, as literary executors, empowered to publish his papers. On 1 December 1947, at Netherwood, a residential hotel in The Ridge, Hastings, Crowley, by this time a chronic heroin addict, died of bronchitis and heart congestion. His remains were cremated at Brighton and reportedly have been lost.

Interest in Crowley has reflected waves of curiosity in the occult. The Crowley–Harris tarot is popular, and several occult groups adhere to his law of Thelema. His most readable books on occultism are Book Four (1912), The Book of Lies (1913), and Magick in Theory and Practice (1929). Among sympathizers he is revered for his peculiar gifts, but others remember his reputation as a social outcast on account of his flagrant nonconformity. 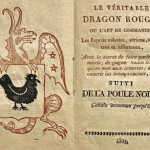 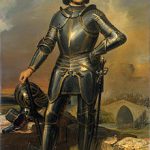