Due to his size, super-strength and regenerative abilities, Godzilla is invulnerable to most forms of conventional attack. However, over the years, there have been some weapons that were able to hurt or even damage Godzilla.

When Dr. Serizawa detonated a nuclear warhead to revive Godzilla, its radiation combined with that of the Hollow Earth was too much for Godzilla’s body to handle, and as such, he had a set amount of time before he exploded “like an atom bomb”. However, following Mothra’s sacrifice and transference of power, this seems to no longer be a problem.

The Oxygen Destroyer was a chemical compound designed to remove all oxygen from water, causing living creatures to die of asphyxiation as their remains are liquefied. The Oxygen Destroyer was the first, and in many ways only, weapon to defeat Godzilla. The technology for this weapon was lost forever when Serizawa killed himself along with the original Godzilla, in order to keep it from being used ever again. In Godzilla vs. Destoroyah the Oxygen Destroyer created the monster Destoroyah.

The ANEB was a chemical compound developed by Dr. Shiragami from Godzilla’s cells and designed to consume radioactivity. The bacteria managed to lower the radioactivity within Godzilla’s body to the point of causing him to hibernate in the sea for three years. Godzilla was then resurrected in Godzilla vs. King Ghidorah when travelers from the future tampered with the timeline, creating a larger, more powerful Godzilla. There were apparently no further attempts to use the ANEB against Godzilla. In Godzilla vs. Megaguirus, Godzilla survived and retreated from the Oxygen Destroyer, only to return in 1996. 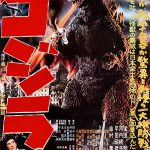 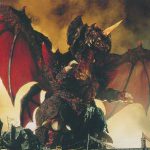 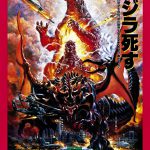 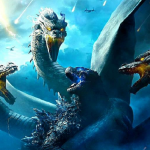 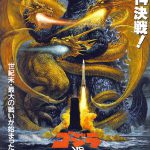 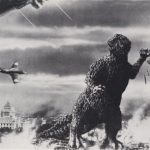 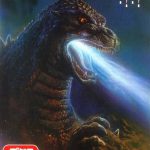