“To my utter astonishment I saw an airship descending over my cow lot. It was occupied by six of the strangest beings I ever saw. They were jabbering together, but we could not understand a word they said…” – Congressman Alexander Hamilton, 1897

“If we wish to understand the nature of the Universe we have an inner hidden advantage: we are ourselves little portions of the universe and so carry the answer within us.” – Jacques Boivin, The Single Heart Field Theory

“Aliens will not resemble anything we’ve seen. Considering that octopi, sea cucumbers, and oak trees are all very closely related to us, an alien visitor would look less like us than does a squid. Some fossils in the ancient Burgess shale are so alien we can’t determine which end of the creatures is up, and yet these monsters evolved right here on Earth from the same origins as we did.” – Johan Forsberg

“Nowhere in space will we rest our eyes upon the familiar shapes of trees and plants, or any of the animals that share our world. Whatsoever life we meet will be as strange and alien as the nightmare creatures of the ocean abyss, or of the insect empire whose horrors are normally hidden from us by their microscopic scale.” – Arthur C. Clarke, 1962

“The heavens call to you, and circle about you, displaying to you their eternal splendors, and your eye gazes only to earth.” – Dante, 1300

“How would it be if we discovered that aliens only stopped by earth to let their kids take a leak?” – Jay Leno, 1997

“Other intelligent life-forms will differ greatly in appearance — they may resemble the creature in E.T. or startle us with their beauty — but life itself is common, I’m certain.” – Frank Drake

“To consider the Earth as the only populated world in infinite space is as absurd as to assert that in an entire field of millet, only one grain will grow.” – Metrodorus, Greek philosopher of the fourth century B.C.

“Astronomy compels the soul to look upwards and lead us from this world to another.” – Plato (427-347 B.C.) The Republic, Book VII

“Forty years as an astronomer have not quelled my enthusiasm for lying outside after dark, staring up at the stars. It isn’t only the beauty of the night sky that thrills me. It’s the sense I have that some of those points of light are the home stars of beings not so different from us, daily cares and all, who look across space with wonder, just as we do.” – Frank Drake, Is Anyone Out There?

“Perhaps the most important fact about the times we live in is that they are going to be different soon. We live in a world of change — what Isaac Asimov has called ‘a science-fiction world’ — and anyone who wants to read a ‘realistic’ fiction turns naturally to science fiction, the literature of change.” – James E. Gunn, The New Encyclopedia of Science Fiction

“Out beyond our world there are, elsewhere, other assemblages of matter making other worlds. Ours is not the only one in air’s embrace.” – Lucretious, Roman philosopher of the first century B.C.

“One of the reasons I’m not a big fan of science fiction is that none of the aliens are nearly as weird as my own invertebrates.” – Janet Leonard, Marine Science Center, Oregon State University

“Time is a relationship that we have with the rest of the universe; or more accurately, we are one of the clocks, measuring one kind of time. Animals and aliens may measure it differently. We may even be able to change our way of marking time one day, and open up new realms of experience, in which a day today will be a million years.” – George Zebrowski, OMNI

“Heaven and earth are large, yet in the whole of space they are but as a small grain of rice. How unreasonable it would be to suppose that, besides the heaven and earth which we can see, there are no other heavens and no other earths.” – Teng Mu, Chinese philosopher of the thirteenth century A.D.

“To a frog with its simple eye, the world is a dim array of greys and blacks. Are we like frogs in our limited sensorium, apprehending just part of the universe we inhabit? Are we as a species now awakening to the reality of multidimensional worlds in which matter undergoes subtle reorganizations in some sort of hyperspace?” – Michael Murphy, The Future of the Body

“I can conceive of no nightmare so terrifying as establishing communication with a so-called superior (or, if you wish, advanced) technology in outer space.” – Nobel Laurette George Wald, Harvard University

“We feel certain that the extraterrestrial message is a mathematical code of some kind. Probably a number code. Mathematics is the one language we might conceivably have in common with other forms of intelligent life in the universe. As I understand it, there is no reality more independent of our perception and more true to itself than mathematical reality.” – Don DeLillo, Ratner’s Star

“If they are not an advanced race from the future, are we dealing instead with a parallel universe, another dimension where there are other human races living, and where we may go at our expense, never to return to the present? From that mysterious universe, are higher beings projecting objects that can materialize and dematerialize at will? Are UFOS “windows” rather than “objects”?” – Jacques Vallee

“We have never denied that it is possible, indeed probable, that other forms of life, even intelligent life, exist in the universe. But this is different from the belief that we are now being visited by extraterrestrial beings in spacecraft, that they are abducting people, and the there is a vast government cover-up.” – Paul Kurtz

“Intelligence may indeed be a benign influence creating isolated groups of philosopher-kings far apart in the heavens… On the other hand, intelligence may be a cancer of purposeless technological exploitation, sweeping across a galaxy as irresistibly as it has swept across our own planet.” – Freeman Dyson, Scientific American, 1964

“For the first time in our history, we are studying something that is studying us.” – Marilyn Teare, California therapist

“Once He created the Big Bang… He could have envisioned it going in billions of directions as it evolved, including billions of life-forms and billions of kinds of intelligent beings. As a theologian, I would say that the proposed search for extraterrestrial intelligence (SETI) is also a search of knowing and understanding God through his works — especially those works that most reflect Him. Finding others than ourselves would mean knowing Him better.” – Theodore M. Hesburgh, C.S.C., University of Notre Dame

“Our present world would certainly be mind-boggling to most people of any previous century. The one constant today is change itself. By facing and anticipating change, we can dilute fear of the unknown and act in ways that are most appropriate for both ourselves and society at large.” – Edward Cornish

“Is mankind alone in the universe? Or are there somewhere other intelligent beings looking up into their night sky from very different worlds and asking the same kind of question?” – Carl Sagan and Frank Drake, Cosmology+1.

“The shift demanded by the UFO phenomenon that is so difficult is the one that forces us to consider that there might exist simultaneous other realities; further, that it is during, or within, some sort of overlapping of these realities that alien abductions occur.” – C.D.B. Bryan

“Know thou that every fixed star hath its own planets, and every planet its own creatures, whose number no man can compute.” – Baha’u’llah’ (1817-1892)

“UFO mythology is similar to the message of the classical religions where God sends his Angels as emissaries who offer salvation to those who accept the faith and obey his Prophets. Today, the chariots of the gods are UFOs. What we are witnessing in the past half century is the spawning of a New Age religion.” – Paul Kurtz

“Life survives in the chaos of the cosmos by picking order out of the winds. Death is certain, but life becomes possible by following patterns that lead like paths of firmer ground through the swamps of time. Cycles of light and dark, of heat and cold, of magnetism, radioactivity, and gravity all provide vital guides — and life learns to respond to even their most subtle signs. The emergence of a fruitfly is tuned by a spark lasting one thousandth of a second; The breeding of a bristle worm is coordinated on the ocean floor by a glimmer of light reflected from the moon… Nothing happens in isolation. We breathe and bleed, we laugh and cry, we crash and die in time with cosmic cues.” – Lyall Watson, Supernature

“The dream might have been more than a dream. It was as if a door in the wall of reality had come ajar… and now all sorts of unwelcome things were flying through.” – Stephen King, Insomnia

“The soul of man was made to walk the skies.” – Edward Young, 18th Century

“We might find ourselves in alien test tubes set up to investigate us as we do guinea pigs. If the space phone rings, for God’s sake, let us not answer it.” – Zdenek Kopal, Czech-British astronomer

“Maybe the brilliance of the brilliant can be understood only by the nearly brilliant.” – Anthony Smith, The Mind 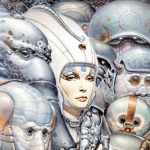 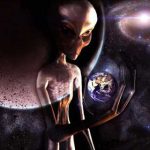 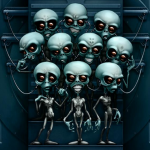 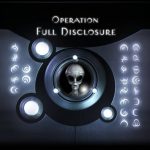 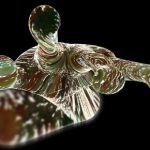