Among many Indians tribes in North America, as widely separated at the Hopi, the Sioux, the Iroquois, and the Northern Athabascan,  Bigfoot is seen more as a sort of supernatural or spirit being, whose appearance to humans is always meant to convey some kind of message.

The Algonquin Indians of the northern forests have a legend about Witiko (or Windigo) who are human transformed into cannibalistic monsters because they have tasted human flesh in time of starvation. The Windigo is the embodiment of the hidden, terrifying temptation to turn to eating other humans when no other food is to be had. As such, the Windigo’s appearance is sort of a constant warning to them, a reminder that a community whose members turn to eating each other is doomed much more surely than a community that simply has no food. So the figure of the Windigo is not so far removed from the figure of the “messenger” coming to warn humankind of impending disaster if it doesn’t cease its destruction of nature.

The Lakota, or western Sioux, call Bigfoot Chiye-tanka (Chiha-tanka in Dakota or eastern Sioux); “chiye” means “elder brother” and “tanka” means “great” or “big”. In his book In the Spirit of Crazy Horse, author Peter Mathiessen recorded some comments about Bigfoot made by traditional Sioux people and some members of other Indian nations.

“I think the Big Man is a kind of husband of Unk-ksa, the earth, who is wise in the way of anything with its own natural wisdom. Sometimes we say that this One is a kind of reptile from the ancient times who can take a big hairy form; I also think he can change into a coyote. Some of the people who saw him did not respect what they were seeing, and they are already gone.”

“He is both spirit and real being, but he can also glide through the forest, like a moose with big antlers, as though the trees weren’t there… I know him as my brother… I want him to touch me, just a touch, a blessing, something I could bring home to my sons and grandchildren, that I was there, that I approached him, and he touched me.”

Ray Owen, son of a Dakota spiritual leader from Prairie Island Reservation in Minnesota, told a reporter from the Red Wing Republican Eagle:

“They exist in another dimension from us, but can appear in this dimension whenever they have a reason to. See, it’s like there are many levels, many dimensions. When ur time in this one is finished, we move on to the next, but the Big Man can go between. The Big Man comes from God. He’s our big brother, kind of looks out for us. Two years ago, we were going downhill, really self-destructive. We needed a sign to put us back on track, and that’s why the Big Man appeared”.

Mathiessen reported similar views among the Turtle Mountain Ojibway in North Dakota, that Bigfoot, whom they call Rugaru, :”appears in symptoms of danger or psychic disruption to the community”

The Hopi elders say that the increasing appearances of Bigfoot are not only a message or warning to the individuals or communities to whom he appears, but to humankind at large. As Mathiessen puts it, they see Bigfoot as  “a messenger who appears in evil times as a warning from the Creator that man’s disrespect for His sacred instructions has upset the harmony and balance of existence.”

The Iroquois of the Northeast view Bigfoot much in the same way the Hopi do. However, the “little people” are mentioned among Iroquois much more often than Bigfoot. These small human-like beings have been seen in the Adirondacks mountains. Many Iroquois seem to regard both Bigfoot and the “little people” as spiritual or interdimensional beings who can enter or leave our physical dimension as they please, and choose to whom they present themselves, always for a reason.

The Salish Indian tribe of British Columbia in Canada call the creature “Sasquatch” meaning ‘wild man of the woods.’ Among the legends are the stories of the “giant men” of the Mount Shasta and the “stick men” of the Washington Mountains. 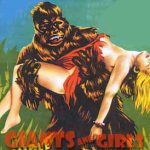 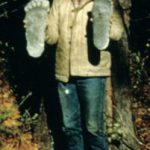 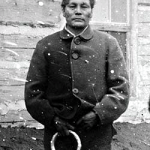 The case of a real wendigo 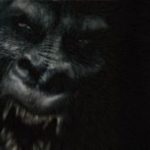