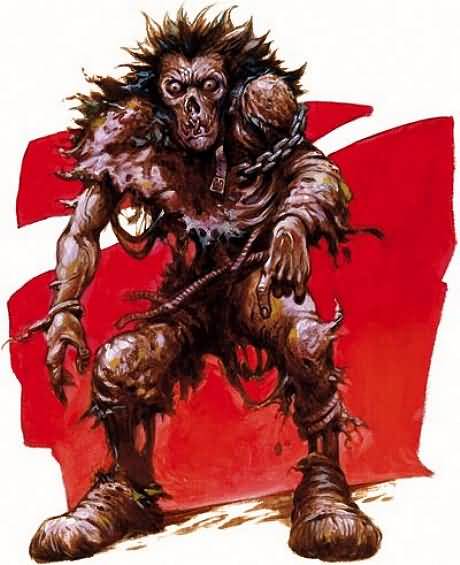 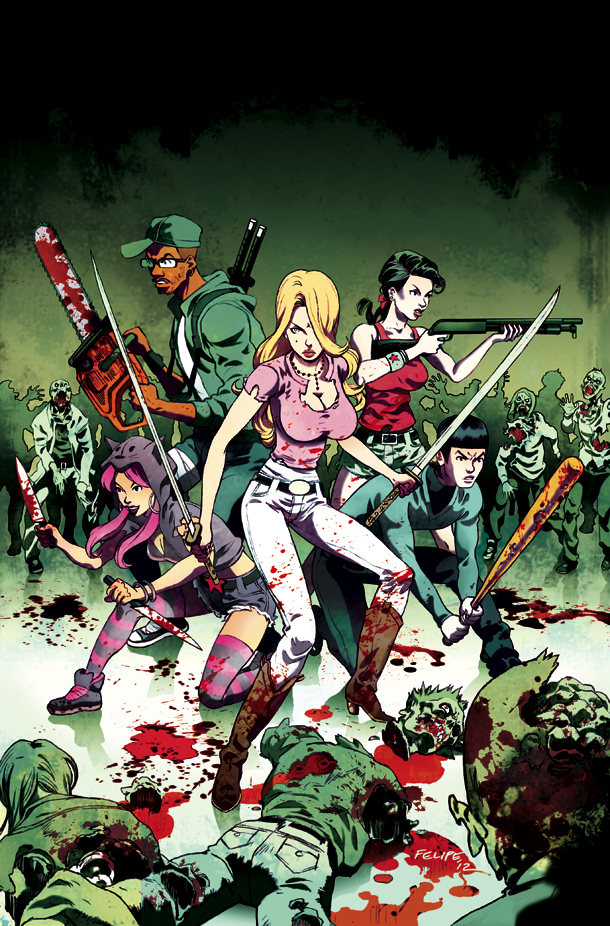 The zombie’s strength level is at normal human-levels, but they are considerably slower that average humans, possessing poor agility and coordination. Most zombies have difficulty with simple mechanical objects and obstacles such as doorknobs, latches, stairs, and fences. When confronted individually, zombies appear rather weak, but the creature’s true threat is revealed when they are … Read more 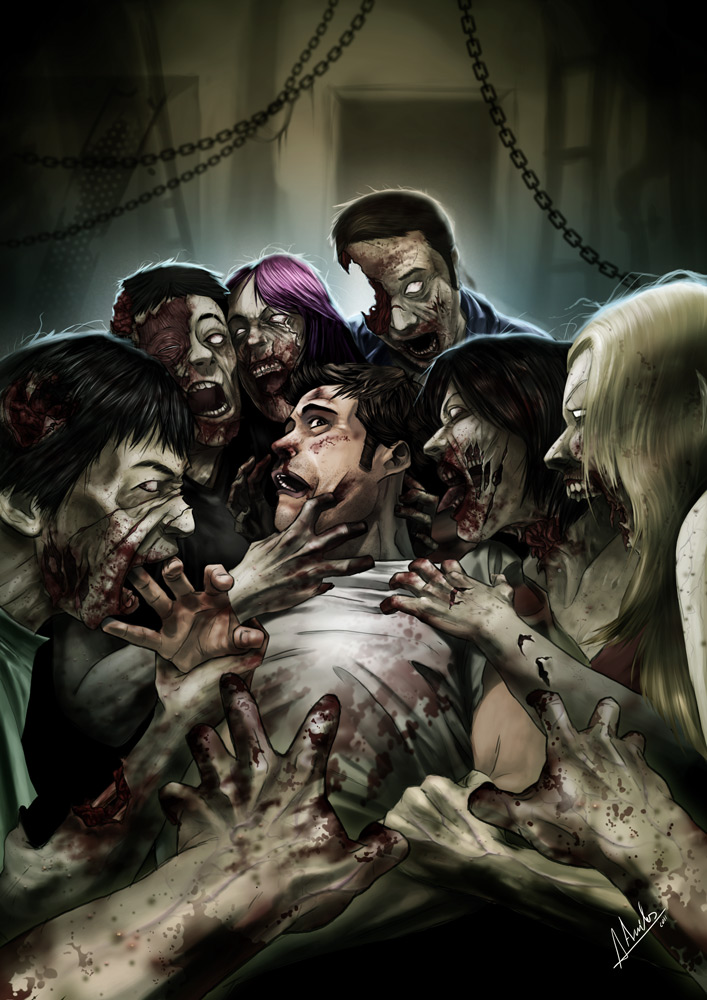 Zombies created by voodoo tend to be harmless, and are often used as slaves by the witch doctors that have created them. In spite of its rather feeble intelligence, the modern zombie is a both intellectually and physically driven only by his all-consuming hunger for fresh human flesh. Why the dead are so hungry for … Read more 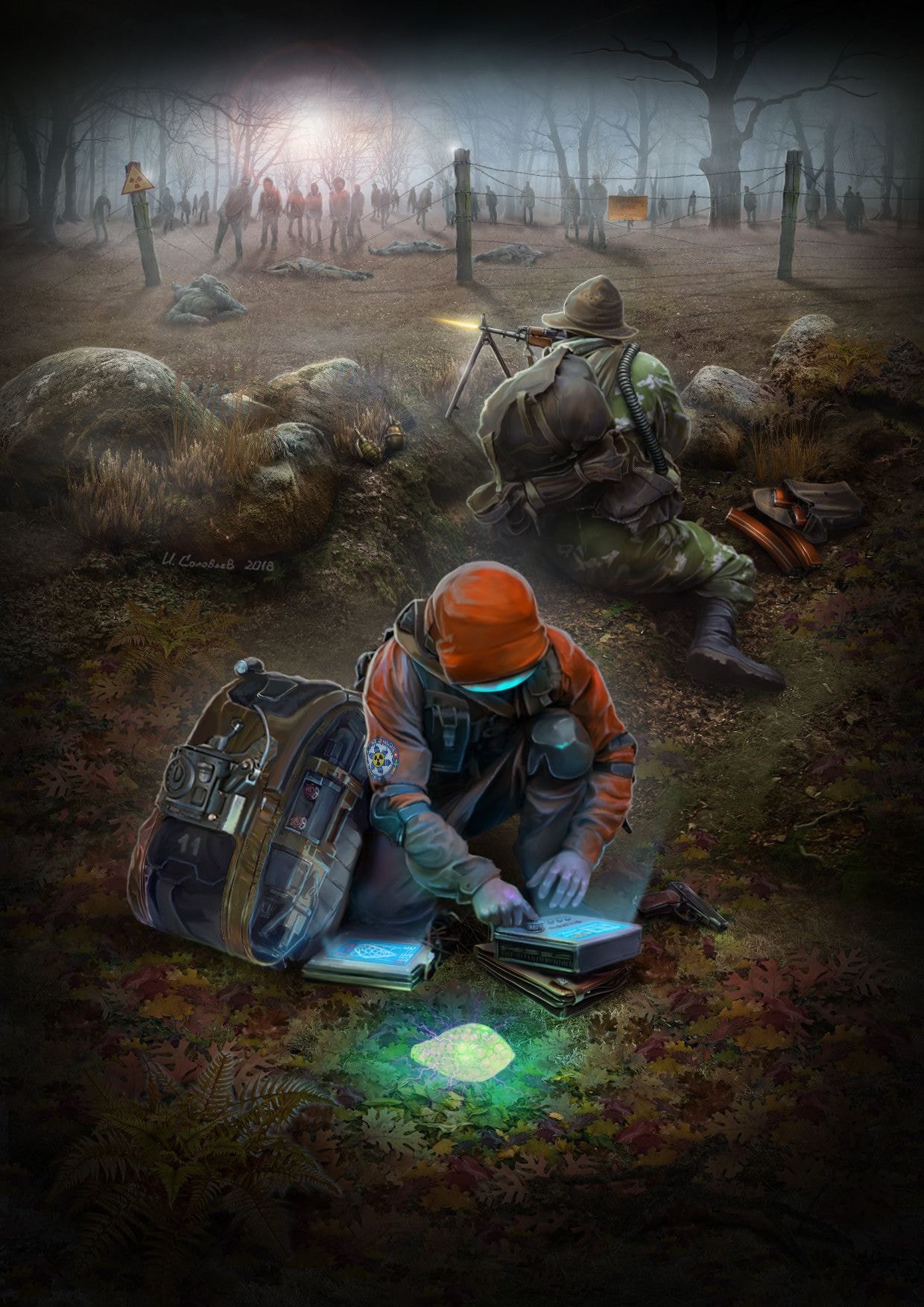 “Walk or die” has been replaced by “die and walk”. The most terrific aspect of the zombie is that it first appears as the casual shape of a typical civilian which mind has been sucked out and left empty. Zombies are terrific because instead of delicately sucking your blood as the vampire, they come in … Read more 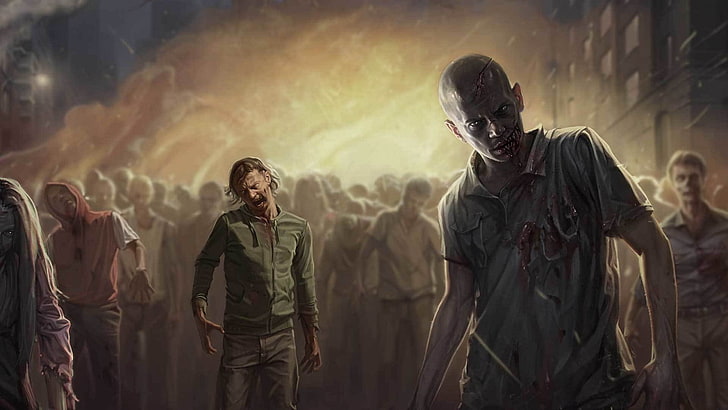 Another deadly aspect of the zombie is their ability to rapidly spread their undead scourge, increasing their numbers to vast measures. The bite of a zombie will cause its victim to quickly grow sick and die (usually within 3 days), only to rise again as a zombie. There is no known cure for this virus. … Read more 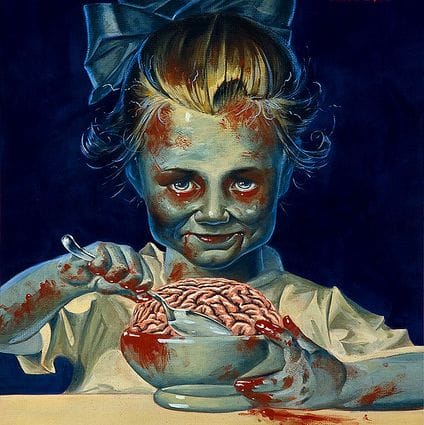 It was not until the 1985 film Return of the Living Dead that zombies start snacking on brains, with one zombie specifically explaining that eating brains “takes away the pain of being dead.” The 1992 Simpsons episode named Treehouse of Horror segment Dial Z for Zombies itself was a spoof of Return of the Living … Read more