Mary Shelley’s Frankenstein is regarded as one of the earliest- if not the earliest- work of science fiction. It is a tale of ambition, love, loss, revenge, and amazing scientific feats. Frankenstein’s monster is a controversial character on multiple fronts, but his psychological development is one of the most fascinating themes described in the book. It is largely seen that he is a product of his environment from being cast into a harsh world without guidance. However, based on modern psychology, can that still be the main cause? By looking into modern developmental psychology findings and comparing and analyzing them with the psychology of Frankenstein’s monster, perhaps his personality and actions can be better explained. Was he really a product of his upbringing (or, rather, his lack thereof), or was he destined to become the true monster he is in the book?

Psychology of the Monster

Frankenstein’s monster could be fully diagnosed with a slew of mental disorders as a result of his creator’s negligence during his formative developmental stages after his creation. One of the major diagnoses could be a psychopathic disorder. This could be seen as the most evident because of his general disregard for human life and murders throughout the book. Psychopathy, while most commonly associated with killing, has deeper symptoms and causes. Other major traits of psychopathy include lack of remorse, impulsiveness, and manipulative behavior (Bonn, 2016). Frankenstein’s monster portrays these traits in a multitude of ways throughout the book. Lack of remorse is most commonly seen when the monster kills humans, starting with his description of killing William. As soon as he found out the boy was a Frankenstein, he strangled him instead of trying to convert him to be accepting like he had originally planned (Shelley, 1994). Going against his original plan with a split second decision in that scene exemplifies his impulsive tendencies, as well.

One of the largest characteristics associated with psychopathy is manipulative tendencies. While not immediately evident, the monster is incredibly manipulative towards his creator later in the book. After Victor meets his creation in the mountains and hears his request for another being like himself, Victor agrees for a multitude of reasons, one being that he wants to be left alone by his creation (Shelley, 1994). The fact is that the monster can manipulate Victor by threatening his very presence in Victor’s life and in society. The monster uses this to his advantage in the moments where Victor decides to discard his second monster and all of its evidence, resulting in his being terrorized by his monster. The monster had basically threatened to ruin Victor’s life by tormenting him and those he loved as long as he had not created a companion for his monster. An example of this level of manipulation can be seen in the serial killer Ted Bundy. In a psychoanalysis of Ted Bundy, Dr. Katherine Ramsland (2012) explains how Bundy was able to manipulate others because of his charm and confidence, as well as his high intelligence that allowed him to study psychology to figure out how to manipulate others well in any situation. While the monster may have not been successful in obtaining his companion, his notion of using severe manipulation by any means to get his end goal suggests the trait inside of him, adding up to be a plausible case for the monster being a psychopath beyond the societal terms and expectations for it. However, does this trait in the monster have scientific feasibility based on developmental psychology, or is it just a coincidence used by Shelley as a way to strike fear in readers?

Immediately after Victor was successful in reanimating his monster, he rejected his creation, or “child,” if you will (Shelley, 1994). In early childhood developmental psychology, negligence can have a long list of negative effects on a child, or the monster in this case. Assuming the monster is starting his new reanimated life as essentially a blank slate, like a human child does, developmental psychology could reveal a lot of the causes for the monster’s traits and problems. In the beginning, “children are born into this world with very little knowledge and only a set core of reflexes” (Molitor, 2008). The main differences between human babies and the monster is the monster showed basic survival instincts and possessed the physique and physical capabilities of a full grown man proportionate to his size. Mentally, he is very similar to a newborn child. Mental development in infancy happens very quickly and shapes the child’s (or monster’s) outlook and perception of the world later in life. Society is learned within the first year through those immediately present in an infant’s life, which helps shape who to trust along with a sense of acceptance or inferiority based on how they are perceived by their peers later in life (Molitor, 2008).

The fact that trust is learned within the first year of infancy explains most of the monster’s perceptions of society along with his disdain for them. He is hated and attacked by humans, leading to his disdain and distrust of them. Later, this fuels his feeling of inferiority to humans when he notices that he is different, which causes their immediate judgement of him. In a dissertation on juvenile psychopathy, it is suggested that there is a correlation between psychopathic tendencies and exposure to “traumatic events, such as being physically attacked, being in a serious accident, sexual assault/abuse, verbal abuse, bullying, and violence” early in life (Edwards, 2012). One difference between these findings and the book is that the monster later sees humans as the inferior species because they are unable to see past his appearances to accept him into society. It is also possible that the monster’s negligence by Victor could have changed his brain makeup. Some studies suggest that “adolescents and adults who were severely neglected as children indicate they have a smaller prefrontal cortex, which is critical to behavior, cognition, and emotion regulation” (U.S. Department of Health and Human Services , 2015). However, it is assumed that in the process of creating the body of the monster for reanimation, Victor used a brain from someone who had once been living, and is assumed to have been fully grown before their eventual death. This brings into question whether the fully formed brain he used could have been affected in the same ways as a human baby’s during early development. While all signs point to the monster’s early life and upbringing being the cause of his personality, is it possible that the brain used in the monster was already programmed to be violent and psychopathic?

Frankenstein’s monster was originally created by Mary Shelley to strike fear into whoever reads about it. Today, his existence and influence runs deeper than she could have imagined. While being fascinated by the psychological state of the monster, one is allowed to explore not only the brain function and development of the character on a deeper level, but could go as far as discussing his makeup and nature upon creation. His mental state has scientific backing in terms of modern psychology and has evident causes based on his formative years after creation. Although there is still a relevant debate of nature versus nurture when it comes to personalities, sometimes it might just be alright to decide they both have weight in deciding traits.

U.S. Department of Health and Human Services . (2015, April). Understanding the Effects of Maltreatment on Brain Development . 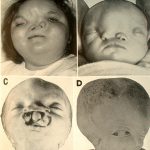 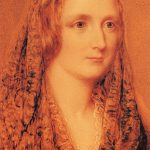 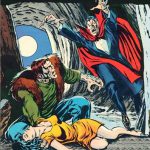 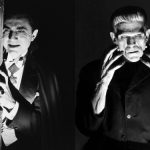