Alleycat: Term for a Kindred with no permanent haven, who sleeps somewhere new every day.

Anarch: A kindred rebel who oppose the tyranny of elders.

Ancillae: Relatively young vampires (between one and two-hundred years of unlife) who have proved themselves valuable members of Kindred society.

Antediluvians: These ancient vampires, if they exist at all, are likely the most powerful creatures in the world. Members of the Third Generation, the Antediluvians are only two steps removed from the first vampire,Caine.

Archon: A vampire in the retinue of a Justicar. Archons are generally nomadic in nature, frequently pursuing Kindred who have fled to avoid persecution at the hands of the Camarilla.

Banking: The practice of taking blood from blood banks and hospital reserves.

The Barrens: The areas of a city unfit for life,including graveyards,abandoned buildings, industrial wastelands and areas of irreversible urban blight.

Beast:  The inchoate drives and urges that threaten to turn a vampire into a mindless, ravening monster.

Becoming: The areas of a city unfit for life,including graveyards,abandoned buildings, industrial wastelands and areas of irreversible urban blight.

Black ribboners: Members of the League of Temperance; vampires who have sworn never to take human blood ‘former vampires who now wore black ribbons to show that they had completely sworn off the sticky stuff, my vord yes, and much preferred a good sing song and a healthy game of table tennis’ – Discworld1.

Blood Bond: A mystical power over another individual engendered by partaking of a particular vampire’s blood three times,accepting blood from a vampire is acknowledging their mastery.

Blood Doll: A human who freely gives her blood to Kindred, and seems to gain a perverse satisfaction from doing so.

Butterfly: One who mingles among the mortal high-society element and feeds exclusively from the famous and wealthy.

Caitiff: A vampire of unknown clan, or of no clan at all.Caitiff are typically of high generation,where Caine’s blood dilutes too greatly to pass on any consistent characteristics. A Kindred can also be declared Caitiff by their clan, for committing some crime against them.

Casanova: A vampire who seduces mortals to feed from them,but does not kill them.

Cauchemar: A vampire who feeds exclusively on sleeping victims.

Cunctator:  vampire who avoids killing when he feeds.

Diablerie: The consumption of another Kindred’s blood to the point of Final Death.

Domain: An area of a particular vampire’s influence.Princes claim entire cities as their Domain,sometimes allowing other Kindred to claim domain within.

Elders: Kindred who have existed for hundreds of years, and typically range from sixth to eighth generation.

Embrace: The act of turning a mortal into a vampire.

Elysium: A place,usually declared by the Prince, where violence of any kind is forbidden,under penalty of Final Death. Rules of Elysium: 1)No violence is permitted on the premises. 2)No art is to be destroyed on pain of Final Death. 3)Elysium is neutral ground. 4)Remember the Masquerade at all times.

Farmer: Term of mockery for vampires who refuse to take human blood,and instead feed upon animals.

Fledgelings: Also known more loosely as ‘childer’, they are newly reborn vampires still under the tutelage and protection of their sires, the vampires that made them. They are not considered full members of the Kindred community, and are often treated disrespectfully or as the sire’s property. When the sire decides their childe is ready, the fledgeling may become a neonate, subject to the Prince’s approval.

Footpad: One who feeds from derelicts and other chaff of society.

Gehenna: The Kindred believe that this approaching Apocalypse bears down ever more each night upon the world. When Gehenna arrives, the Antediluvians shall arise and make a wasteland of the world, consuming Kindred and mortal alike in the culmination of their horrendous Jyhad.

Gentry: One who preys at nightclubs,bars and other establishments.

Ghoul: A minion created by giving a bit of vampire blood to a mortal without draining them to the point of death.

Golconda: The fabled state of vampiric transcendence,the true mastery of the Beast and balance of opposing urges and principles.

Harpies: They pride themselves on being the social managers of Elysium. They traffic in gossip and social maneuvering, and status is their coin. With the right or wrong word to the Prince, they can make or break a vampire’s place in the city.

Haven: A vampire’s home,where they sleep away from the sun.

Headhunter: A vampire who feeds exclusively on other vampires.

Hunger: The urge to feed.

Inner Circle: The true hub of the Camarilla, they meet every 13 years in Venice to plan out the business and direction of vampire society.

Induction: The initiation of the metamorphosis into vampirism. Rather than simply drinking the blood of the selected victim, the vampire injects some of its own blood to induce the pupal stage, during which the physiology will be rebuilt for a new existence.

Justicars: 7 total. Appointed by the Inner Circle to be the Camarilla’s eyes, hands and if necessary, fists. Justicars have the only true authority across the Camarilla and all Kindred, with the exception of the Inner Circle. They alone have the power to adjudicate matters regarding the Traditions.

Keeper of Elysium: In charge of what goes on in Elysium, a Toreador wishing to display her latest work,A Tremere wanting to give a lecture, or a Brujah scheduling an open debate on Princely policies-all must clear things with the keeper, who can cancel or approve an event on the grounds of preserving the Masquerade. Most keepers are appointed by the Prince.

Kine: The Kindred term for all mortals.

Kiss: To drink blood,especially from a mortal.The Kiss causes feelings of ecstasy in those who receive it.

Leech: A human who drinks vampire blood,but acknowledges no master.

Lupine: A werewolf,the natural and mortal enemy of the vampire race.

Lush: A vampire who feeds from drugged or inebriated mortals in order to become so himself.

Man: The mote of humanity that a vampire maintains,the spark of morality that distinguishes him from the Beast.

Methuselahs: If the Antediluvians are the Kindred’s gods, the terrible Methuselahs are their demigods and avatars. At a point between the vampire’s thousandth and two thousand year, a grave change overtakes the Kindred. Sometimes the change is physical, other times it is mental or emotional. Whatever the change, the result is that the vampire no longer bears any semblance of humanity.

Neonates: Vary from newly released fledgelings to indolent Kindred of a hundred years or more.

Primogen: The assembled elders of each clan in a city.

Protégé: A human being selected for vampirification. Often a healthy, intelligent, twenty-something adult, but age can vary from Teen to Oldie. [The Little Vampire] (Sometimes referred to as a Candidate).

Pupa: The intermediate stage of vampirification, during which the protégé metamorphoses into the new form, with significant changes to heart, kidneys, blood vessels, and other organs, to accomodate a very different metabolism.

Regnant: A vampire who holds blood-bond over another.

Renfield: Servant and protector of Dracula, from Stoker’s book; most vampire books and movies have an equivalent, especially for the daylight hours. Generically, a protector, hanger-on, fan or obsessive vampire worshipper may be given the title as a term of abuse and ridicule (more).

Retainer: A human who serves a vampiric master.

Scourge: In charge of what goes on in Elysium, a Toreador wishing to display her latest work,A Tremere wanting to give a lecture, or a Brujah scheduling an open debate on Princely policies-all must clear things with the keeper, who can cancel or approve an event on the grounds of preserving the Masquerade. Most keepers are appointed by the Prince.

Seneschal: A chamberlain,a second in command and an advisor to the Prince.At any time, he may be asked to step into the Prince’s place if he leaves town on business, abdicates, or is slain.

Sherriff: Appointed by the Prince and approved by the Primogen. Their prime job is to be the Prince’s ‘enforcer’,the vampire who hauls offenders into court, keeps order on the streets, and generally stands ready to assist with the ‘muscle’ aspects of ruling.

Sire: A vampire who induces a person into vampirism.

Siren: A vampire who seduces humans in order to drink from them.

Whip: Primogen occasionally keep whips as assistants. Not much different from whips in mortal government,the whip’s job is to goad and encourage discussion and decision-making during clan meetings, and to keep the clan updated on their primogen member’s doings. Whips are selected by the Primogen.

Thrall: A vampire under the influence of a blood-bond,having drunk thrice from another vampire. 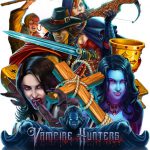 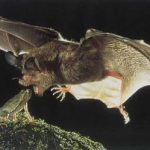 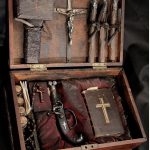 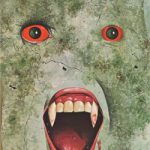 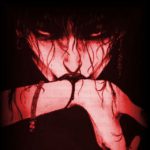