Description: a pair of twin midgets who suffered from mental retardation.

Discovered by Lyman Warner in 1852 and purchased from their mother at age 26, they performed in several sideshows though it was Barnum who taught them their base routine for a show.

Their strength was incredible. They would perform acrobatics and dances. They would speak “in their native tongue”, also gibberish, but would also recite poems in English which they had been taught.

When Lyman Warner died, he willed the pair to his son, Hanford; when Hanford died, the pair were willed, again, to his son Henry. Thus, the “Wild Men” remained in show business for nearly 50 years until their deaths. 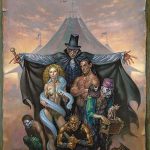 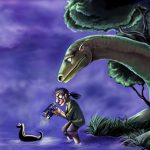