In 1233 Gregory wrote to the bishops of Germany, urging them to seek out and persecute the heretics. The letter (given in the Latin in the Annales of Ravnaldus, year 1233, p. 89) is one of those weird compositions which bring a smile to the lips when one hears Catholics claim some special divine interest in their church and its popes, but it is too long to be quoted here in full.

The Pope says that amongst these heretics “when a neophyte is received there appears to him a kind of frog,” though some say it is a toad. Some kiss it shamelessly on the buttocks, others on the mouth, drawing the tongue and spittle of the animal into their mouths. Sometimes this toad is “as big as a goose or a duck.”

The neophyte next encounters a “man of extraordinary paleness, with deep black eyes, and so thin that his skin seems to be stretched over his bones.” The neophyte kisses him and finds that he is “as cold as ice.”

If, the Pope gravely explains, there are more men than women, or women than men, they resort to sodomy. The candles are relit, and they sit again at table, when from a dark corner of the room comes a man “shining like the sun from the loins upward, but rough as a cat below.”

To this devil the neophyte is presented, and the faithful also give consecrated hosts which they have stolen from the churches where they have communicated.

This is almost exactly an account of a witch meeting, and the Pope adds another significant detail. These heretics, he says, declare that God is a tyrant, and that he unjustly condemned Lucifer to hell. Lucifer is the real creator of the world and prince of men, and in the end he will regain his place. 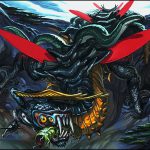 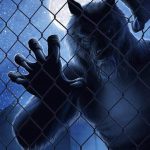