A witch ball or speculum is a hollow sphere of plain or stained glass hung in cottage windows in 18th century England to ward off evil spirits, witch’s spells or ill fortune, though the Witch’s Ball actually originated among cultures where witches were considered a blessing and these witches would usually “enchant” the balls to enhance their potency against evils or to scry and divine things to come.

Globes measure up to seven inches in diameter, and are occasionally decorated in enameled stripes and swirls or varying colours.

Sometimes the speculum was a magic mirror, a polished stone, or a crystal ball. Some are mirrored for use as convex mirrors. Some witches fashioned specula from black bowls filled with water.

According to Albertus Magnus, a famous medieval magician, a speculum could be created in the following manner:

Bury it at a crossroads on an uneven hour.

On the third day, go to the crossroads at the same hour and dig it up.

Do not be the first person to look into the mirror.

Before they were put to use, specula had to be consecrated by exposure to the light of a full moon. When not in use, they were usually kept under a black velvet cloth or in a closed box. They were never to be touched by sunlight.

Nevertheless, candlelight exposure was not harmful, and was sometimes recommended. Some witches used a candle to provide a solitary pinpoint of light in the speculum. Others preferred dimly diffused light. Incense burning in the background added a nice touch.

By gazing into the reflective depths, a witch could find answers to urgent questions, predict future events, or see faraway places.

In maritime villages, witches sent out the glass globes fishermen use to hold their nets afloat. Once the question ritually asked, the witch ball would eventually cloud over and the scryer would see emerging misty pictures. If she looked even more carefully, the pictures would gain clarity and show the witch what she wanted to know. Sometimes the image was a figurative, or a symbol or sign that had to be interpreted.

Crystal gazers sometimes claimed they used balls to communicate with the spirits of dead souls.

Mirrors could also be used for particular purposes. Here are few ways to use a mirror in love spells. 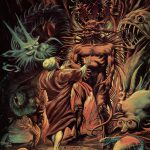 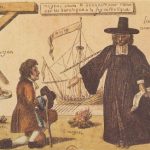 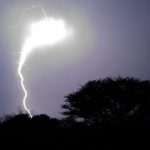 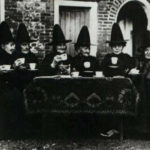 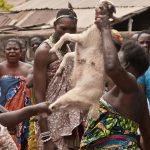 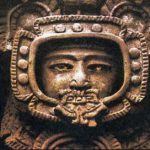